We consider the Bays we grow from to be some of the most beautiful water around. Each lease, is situated in a Bay or Area. The Bays are named after historic people, places or physical attributes, providing individuality. We grow oysters in Kellidie Bay and Port Douglas, which are two of the largest growing areas in Coffin Bay.

​Each Lease also has a nickname, The leases and their nicknames can be seen in the tabs below the "Our Bays" tab. Click on the leases to learn more about where your fresh Coffin Bay Oysters come from.

Coffin Bay is a huge bay, although many of the unique smaller Bays, Islands, Beaches and Coves get branded with Coffin Bay (not a bad thing in our eyes) and it can be hard to understand.

The site below gives a great view of all of the different Bays that are classed as Coffin Bay. Coffin Bay Oysters themselves, are grown  all throughout Coffin Bay. So when you check you ask where your Oysters come from, you can locate the area on this map! 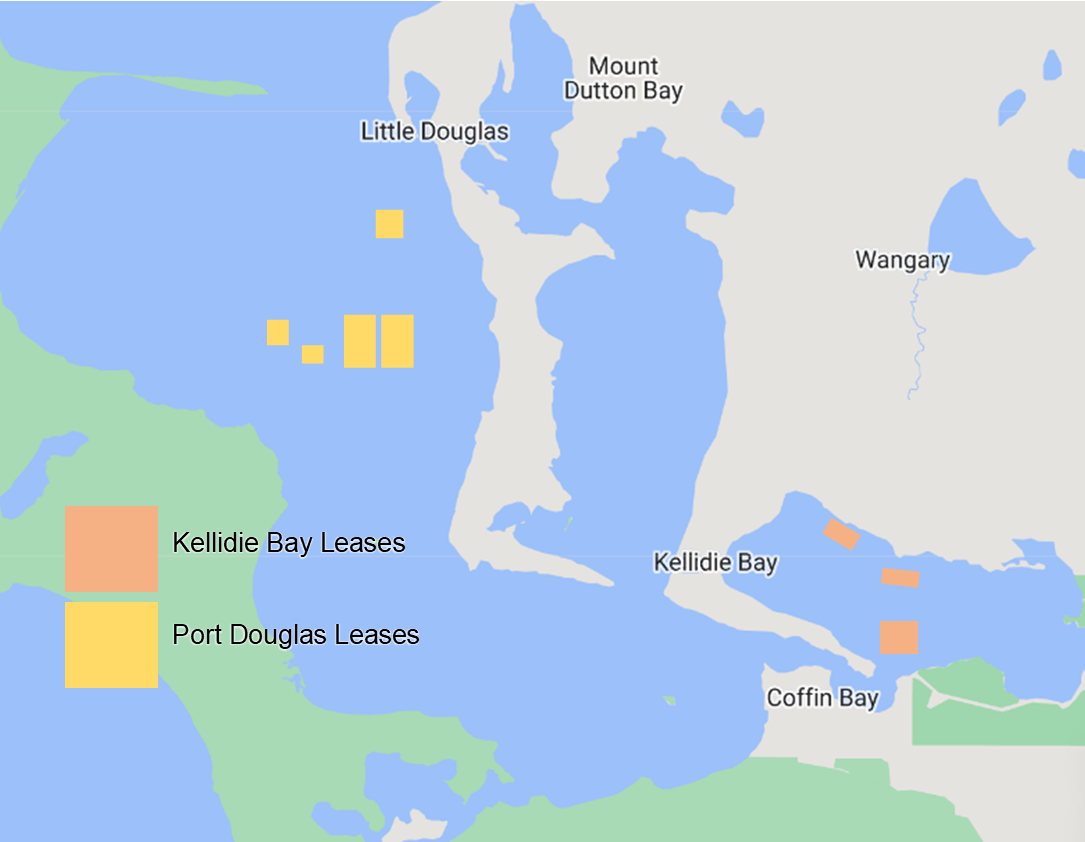 Show me the map!